The art of the lunch break

Like many of you, I suspect, I’m not a big lunch break taker. It’s so easy to get wrapped up in what needs doing on any given day that I just don’t find (or make) the time and, as a morning person, I never find I’m quite as effective post-lunch. So my usual routine when I’m in the office is to work through to 1.30ish then grab something to eat at my desk (usually while I check Twitter!), before cracking on again. My work isn’t physical, I don’t really need to have a rest and I don’t start work as early as I used to now I do the nursery run in the mornings.

Having said all that, I’m very fortunate that my office is a stone’s throw from Liverpool’s architecturally stunning William Brown Street; at the top of which is the Walker Art Gallery. When I started with Brook almost eighteen months ago, I promised myself that one lunchtime I’d pop along and have a mooch round (it’s free to enter – as are all of Liverpool’s galleries and museums). I finally made that happen last week. 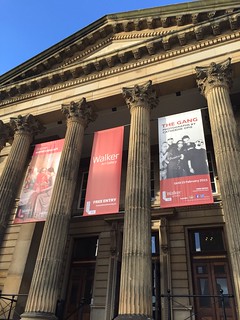 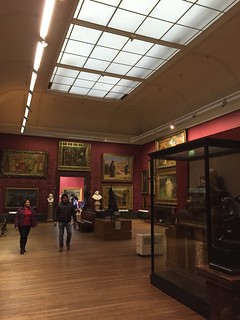 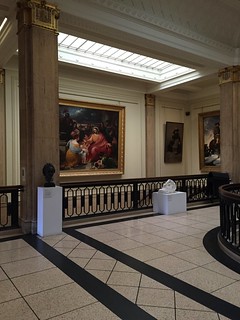 I’m no art critic or connoisseur – like most people I suppose “I just like what I like”. A lot of my group of close school friends studied art (and some have made a successful career out of it, which is no mean feat) so I’ve been exposed to a wide variety from the traditional painting to the out-there installation. As a result, I’m pretty open-minded about my art.

Initially I found that switching from the normal hustle and bustle of office life – making and taking phone calls, answering emails and working on urgent documents – into the rarified atmosphere of an art gallery took a bit of adjustment. I felt like it took me fifteen minutes or so to relax a bit and then I managed about twenty minutes of immersion before I started to think about having to get back.

The first exhibition I stumbled on was a really moving installation called “Investment” about three women undergoing IVF treatment. The artist (who was one of the three) had hand made them all personalised woven hospital gowns and then photographed each of them wearing theirs in the rooms where they had received their treatments. You didn’t need to read the accompanying text to know how it was going for each of them: the photographs were very powerful in themselves. In the middle of the space, the three gowns were laid out in glass cabinets, eerily reminiscent for me of Lenin’s mausoleum (which I visited on a school trip in 1987, in case you’re wondering). 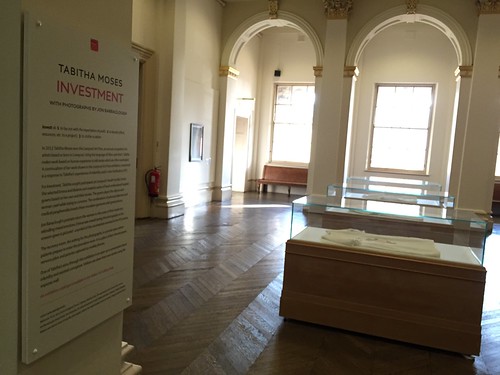 I wandered into the Walker’s 20th century gallery and hit upon two fantastic paintings by one of my favourite artists, LS Lowry. 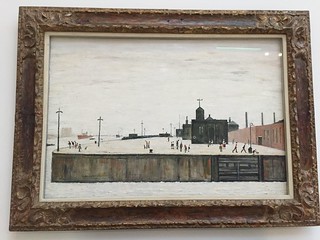 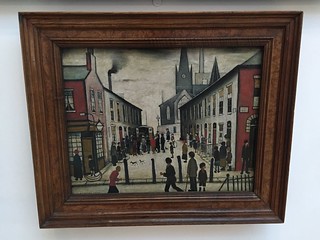 I spent some time enjoying these in particular before meandering along taking in some impressive Impressionists. Further round, I happened upon a very familiar painting that I immediately recognised as one that was on the cover of a book I had studied closely at school, “Wide Sargasso Sea”. 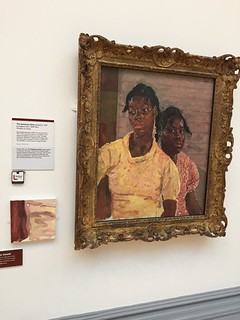 I found a beautiful Mother and Child by Ceri Richards and learned about the concept of “dazzle camouflaging” ships to make them less susceptible to enemy fire through some stunning Edward Wadsworth woodcut prints. 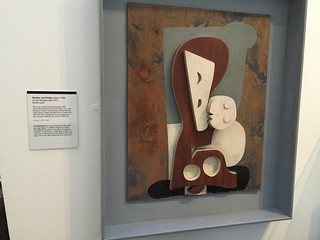 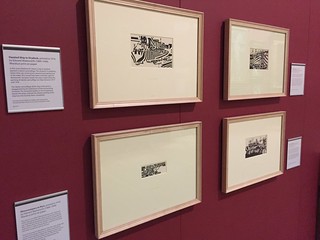 I came almost up to date with a beautiful piece from Claude Heath that really caught my eye (the photo really doesn’t do it justice – the same goes for all of these pieces to be fair!). 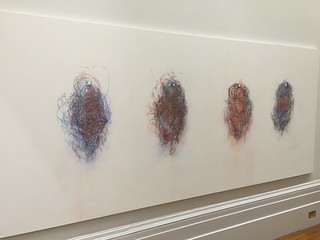 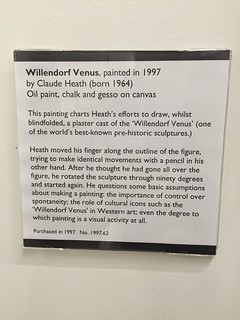 I was aware by this point that although I could happily have spent the afternoon in the gallery, I should probably start to head back and conform in some way to the standard concept of “lunch hour”..! I wandered back to the office feeling refreshed, more ready to tackle the tasks I’d planned to do that afternoon and just generally better balanced than usual.

I’m in no position to lecture anyone about taking a proper lunch break. I’m pretty sure we all know the benefits anyway, but, as with so many things, that knowledge gets drowned in our day-to-day responsibilities. I’m also aware that I’m extremely fortunate to have an international-class gallery on my office doorstep. I thought I’d write this blog first and foremost because I enjoyed the experience so much but secondly just to prompt you to think about your usual routine. Have you got space for some art in your day – or, if art isn’t your thing, at least a proper break away from your desk? If not, could you lever some in? It made such a difference to me that I’m definitely not going to leave it eighteen months before I revisit the Walker for some middle of the day inspiration.

2 Comments on “The art of the lunch break”