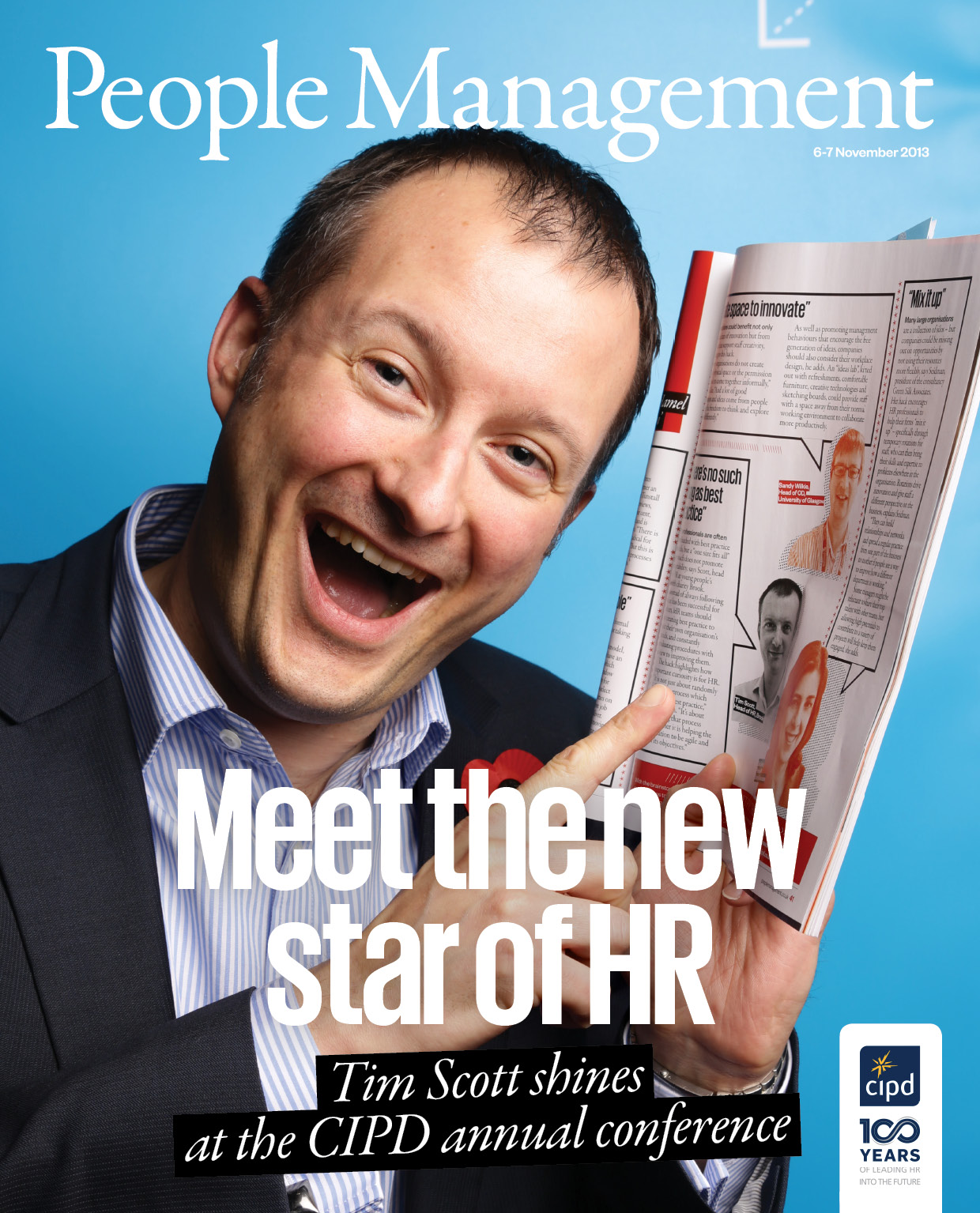 I’ve been a CIPD member for the thick end of 15 years. Scary stuff.

It’s fair to say that I have been more involved with the CIPD in the last 12 months than in the preceding 14 years. It’s no coincidence that this has happened as I’ve increased my Twitter usage – but I’ve already blogged about that.

I’ve been aware of the CIPD conference for most of the time I’ve been a member but for a variety of reasons, I’ve never made it there. That changed on Wednesday as I pitched up for the first time  at “formerly known as G-MEX” Manchester Central. I only had “Exhibition” tickets as my organisation couldn’t run to conference tickets but I was fairly confident I’d get something out of the day.

The exhibition itself is pretty much what you’d expect: a bunch of organisations trying to sell you their wares, all with some connection to HR, L&D or related disciplines. You could probably mooch round it all in a couple of hours or, if you’re smart, you’d probably identify the exhibitors you wanted to see and target them. Of course, I didn’t do that…

Special mentions have to go to the CIPD’s own People Management stand, where they were mocking up PM covers with your photo on then emailing them to you.  A simple idea, executed professionally and enthusiastically by some very friendly people. The resulting photos were inevitably shared all over Twitter and Facebook and led to some pretty big queues at some points of the day. Also, the rather noticeably yellow T-shirted DPG stand team were extremely friendly and supplied free mugs – the only cost was another pic to be tweeted with the hashtag “Don’t be a mug“. Another simple and effective idea to engage people, raise a smile and get people talking.

My primary aim in attending was to meet up with people I “know” through Twitter. As ever this was an interesting (cod-)psychological experiment – first of all recognising someone from their avatar and then trying to decide whether or not they were how I imagined they were going to be “IRL” (In Real Life). I’m pleased to say that pretty much everyone was and it reminded me just how much I love meeting people with a shared passion – and what a buzz you can get from doing it.

This led me to think about my conference experience as a first timer and to a couple of suggestions the CIPD might like to consider for the future.

I’m lucky in many respects: Twitter has given me a platform to get to know many of the leading lights of the HR profession in the UK and so meeting them wasn’t remotely daunting – in fact I was looking forwards to it. But if I think about the pre-Twitter me, the standalone-HR-person-in-an-SME me, I would most likely have turned up knowing no-one and left knowing no-one. Yes there was speed networking but to me that looked little more than a business card exchange – and a potentially excruciating one at that… Maybe the CIPD could think about targeted ways of facilitating meetings of minds a little more in future? Having said that, sessions like HR Unscrambled and the Hackers Hangout – both of which were free to attend – were great opportunities for doing just that. I guess I’m asking for more of this – and during the exhibition day too. How about an Unconference within a Conference?

I mentioned that I, like many I suspect, only got Exhibition tickets. It was heartening to hear Peter Cheese talk on the floor about expanding the reach of the CIPD to consultants and SMEs. I’m fairly sure I won’t be contradicted when I say none of the SMEs I have worked for could have afforded to send me to the Conference part of the event – and neither can the charity I now work for.  If we are to have a sliding scale of fees for CIPD membership (as Peter Cheese revealed), perhaps a sliding scale of Conference fees is needed?

On to the positives. I have to congratulate Peter Cheese and the CIPD team for their visibility and engagement throughout my time there. As a member, there has been a massive shift in my perception of the organisation and it’s really starting to feel relevant to me – and something I want to play a greater role in.  It is the second largest HR membership organisation in the world, I discovered, so taking a lead in developing the modern workplace is essential.

The connections I’ve made at the conference (and the resulting discussions and debate) have been really exciting too. Yes, a lot of that is rooted in my social media usage but the Conference brought them together in one place and gave me the opportunity to meet them and get involved in the discussion. On Day 2, I even made a brief (and unplanned!) appearance behind the lectern, thanks to @PerryTimms, talking about my part in the CIPD’s Hackathon project.

(You’ll note that despite being an unplanned appearance, I very quickly developed a bad case of “presenter’s hands”)

Talking of social media, the blogging and tweeting team engaged by the CIPD to cover the event did a sterling job of making me jealous that I didn’t get Conference tickets. Not every session sounded amazing – ‘seat at the table’ and “generation x/y/blah’ seemed to crop up a little too much for my (and most of the other bloggers) liking – but overall I reckon I’d really have gained from being part of the Conference sessions.